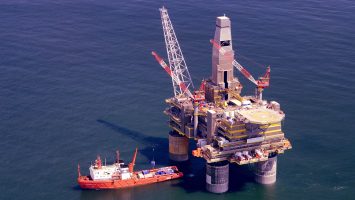 Daryl Conner started the analogy.  It was in relation to a literal burning oil platform off the north coast of Scotland, but it’s been misunderstood, misused, and driven to extents that weren’t intended.  However, fundamentally, making it impossible for things to stay the same is a time-honored strategy to force change to happen.

Legend has it that, in 1519, Hernán Cortés landed in what is now Mexico and ordered his men to burn the boats so that they wouldn’t be tempted to try to return home.  (There is some question about whether they burned the boats or simply ran them ashore.)  This is perhaps the first recorded situation of someone ensuring that they wouldn’t be going back on their change.  Obviously, this isn’t the gentle, friendly, persuasion approach to ensuring change – but it is one way to ensure they didn’t go back.

Sometimes drastic times call for drastic measures.  While it isn’t typically necessary to take such drastic actions in the changes that we make today, sometimes it’s useful to create some barriers to going back.

While fear is a powerful motivator, it’s also an unpredictable one that has the frustrating possibility of freezing people where they are instead of motivating them to change.  As a result, it’s important to mitigate the amount and kind of fear that’s used to motivate people towards change.

That’s not to say that you shouldn’t honestly let people know if their current situation isn’t sustainable – that their platform is burning.  However, it does mean you should pause before lighting the platform on fire.  You want to expose the risks of staying the same without igniting fear in the minds of everyone to the degree that they’re immobilized.

The name of the drilling platform that resulted in the oil spill in the Gulf of Mexico was Deepwater Horizon.  The ultradeep platform didn’t simply catch fire while drilling, it exploded, killing 11 men and starting the largest marine oil spill in history.  While the platform was not intentionally destroyed, the platform was operating with risks that ultimately led to the tragedy.

In addition to the tragic results, there were long-term changes in regulation, monitoring, and safety of deep well drilling – and some more aggressive limitations.  The report on the incident was nearly 400 pages and wasn’t complete until over 9 months after the accident.

If you’re leaving the platform for a pleasure cruise, there’s no contest.  If you’re leaving it for cold, hypothermia-inducing, shark-infested waters, no amount of burning platform is going to make you desire the change; you’re only going to be willing to jump because you have no alternatives.

So, while it’s possible to speak of burning platforms in your change effort, you’re more likely to get results if you can make the alternative more appealing.