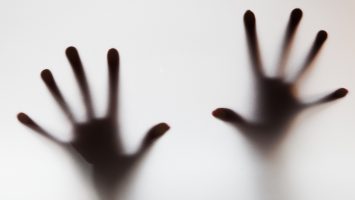 They’re not stupid.  They’re not uneducated.  But they’re not motivated.  They don’t see how it matters, and it shows.

One of the most annoying things about many infection control professionals is that they believe they can just command others to do something, and it will happen – even if they won’t do it themselves.  Tell others to wash their hands, but don’t always do it yourself.  The command should be enough – particularly when backed up with a threat of being fired – but it isn’t.

The CDC, National Institutes of Health, and World Health Organization have launched countless research projects, trials, and programs designed to improve handwashing.  Largely, these programs have been a moderate success in the short term and a colossal failure in the long term.  Many of the interventions create a short-term change in the handwashing rate but ultimately fail to make a permanent change in the amount of handwashing in the organization.

It’s 1964, and the prevailing thinking of the auto industry is that accidents are caused by idiots behind the wheel.  Ralph Nader writes Unsafe at Any Speed and works to shift the perception.  The result is more robust safety features in cars and the introduction of the seatbelt.  Fifty years later, we are still struggling to get people to wear them.

It’s an impressive number when taken out of context.  90.7% adoption.  That’s the percentage of miles driven where a seatbelt is used.  The problem is that this number is plateauing.  It doesn’t appear we’ll get much higher than this, because everyone knows about seatbelts, and they’ve formed their own opinions about whether they’ll be using them or not – regardless of the consequences.

Beyond the threat of death that the crash test dummies drilled into our collective consciousness, in the 1980s as a part of the public safety campaign, there’s the threat of getting a civil infraction – a ticket – if you’re not wearing your seatbelt.  In 49 of the 50 states in the United States, you can be written a ticket if you’re failing to wear your seatbelt.  The 50th state has the ominous state motto of “Live Free or Die.”

The consequences can’t be higher than your death or the death of someone you love.  They can’t be more tangible, real, and vivid than the consequences of driving without a seatbelt.  Despite this, there’s not 100% compliance.  If it’s really just as simple as telling people what to do, why can’t we get people to do what we want them to do?

The solution to accomplish change is to help people understand why they want to do the behavior and then build supporting systems around them to encourage the right behavior.  Built in seatbelt warnings in cars were effective for those who didn’t remember to fasten their seatbelt and simultaneously emboldened others to resist people telling them what to do.

If we want to get people to change, we have to help them come to the idea that they want to comply –rather than they feel like they must comply.