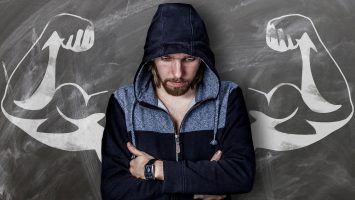 Fighting in the Resistance

We’re taught to fight resistance.  If the nut won’t turn, apply more energy.  Don’t ask it why it’s resisting or join it in its resistance.  That won’t get you what you want.  However, applying more energy can be the worst thing you can do when you encounter resistance.  It can be the right thing is to stop and listen – and sometimes that means fighting from inside the resistance.

In my post Why People Don’t Resist Change, I explained what causes resistance to raise its ugly head and what to do if you wanted to prevent it from getting started in the first place.  However, what if you’ve already got stubborn users who are resisting your change?  What do you do now?  The answer comes in the form of motivational interviewing.  Instead of pushing people to change, you offer to join them in their space.

Motivational Interviewing is a book that is often used in addiction recovery.  It teaches an approach that suspends judgement and treats everyone with Carl Rogers’ “unconditional positive regard.”  Rather than confronting addicts with their bad behavior, the counselor works on building rapport.  They’re allowed to share their own perspectives on what has brought them to this point in their life.  The approach is like The Ethnographic Interview, where you’re just trying to learn their perspectives, their language, and their solutions.  Counselors are coached to focus people on a tangible change that can make things better, evoking the passion for the change, and finally planning for success.

The step that most people skip is the part where you enter the world of the person who is resisting to really understand their situation, their values, and their perspectives.  If you skip this step, then nothing else that you can do will be effective.  Too many people are afraid to question their beliefs, values, and perspectives.  They’re afraid that if they visit the resistance, they’ll get stuck in it.

Cultural immersion programs are designed to help people engage with the real life of other cultures.  Rather than visiting the sites, they visit the lives of the people as they go about their daily business.  When it comes to the resistance, the best way of understanding is to join the resistance and experience it from the inside.  That isn’t to say that you must take your place in a protest, but you’ve got to be able to hear the concerns in a way that makes you feel like one of them.

It is only as a member of the resistance that you can ask the questions that provoke thought rather than fear, frustration, and anger.  Instead of questioning the very bedrock of their values and perspectives, you can unravel an edge that allows visibility for different perspectives.

If you’re not willing to stand with someone where they are, you’ll not be with them when they arrive at a moment when they can learn.  We’ve all had conversations with others where it seemed like they would never listen or learn.  However, that same person, when caught at the right time and in the right environment, can learn instantly.  Those moments can immeasurably change the future, but you cannot predict when or how they’ll come.

If you want to eliminate what you feel is resistance, the best way to do that is to join them and fight in the resistance instead of from the outside.