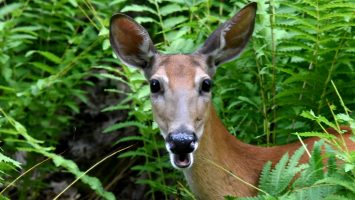 “I just don’t understand it.  They won’t do anything to move forward with the change.”  It’s a familiar lament by change managers who are trying to help organizations reach their potential.  We’ve all encountered people that seem stuck or frozen, and too often we overlook the obvious problem, because it’s not obvious to us.

Fear is a powerful motivator.  It can drive people to amazing efforts and accomplishing the seemingly impossible.  However, as a motivator, fear is dangerous.  Like a pressure vessel, you never know how it will explode in unanticipated ways.  Instead of a pressure to move forward, the person explodes – or freezes.

The unfortunate reality about fear as a motivator is that it is unpredictable.  Sometimes it will drive to the right conclusions, but too often it leads somewhere else – including nowhere.  We’ve all seen possums on the road that are no longer playing dead.  We’ve seen deer that have frozen as the car headlights sweep across the road and on to them.  Because fear is so unpredictable, few people use it to motivate people any longer.  However, there’s more to fear than the fear that’s an attempt to motivate.

Our deepest fears are not of heights, spiders, bats, or any of the first thoughts that we may have.  Our deepest fears are unspoken.  They’re our fear of rejection, ostracism, and feeling unimportant, unworthy, or impotent.  When we’re making changes in our organizations, we necessarily are creating disruption and risk to everyone’s security.  They may not feel competent and safe in their current situation, but they’ll feel less safe when there is change and the unknown.

From an evolutionary perspective, this makes sense.  Rejection and ejection from the community was often a death sentence.  If we’re unimportant, if we don’t contribute to our community, and our family we can be replaced, removed, and forgotten.  We’ve learned that these fears aren’t the kinds of insecurities that you share with others.

The first problem with anything that we keep secret is that no one else can help us with it.  No one can reassure you that you’re valuable – just because you’re a member of the human race, if for no other reason.  No one can remind you of the resources and support you have if something does happen in your job.  There’s no way that anyone can reassure you that your insecurities, though natural, aren’t grounded in reality.

The result is that often people become more secretive about their insecurities, and they’re more focused on the threats that exist that may mean their insecurities will become truth.  More and more energy becomes consumed, feeding the fear monster so much energy that there’s nothing left for anything else.

From the outside, the lack of change looks like being frozen.  On the inside, it’s a battle royale, as the ego defends itself from the slings and arrows of insecurity.  Even if you’re unable to accept that the battle is going on and this is the core dynamic that causes people to freeze, you should acknowledge that people freeze when they encounter fear, whether internally or externally generated.

If you want to get people to change and they seem stuck or frozen, a good way to figure out what is keeping them stuck is to ask what fears they’re hiding.  Often these internal fears are undiscussable, and because they’re undiscussable, they’re difficult to address.