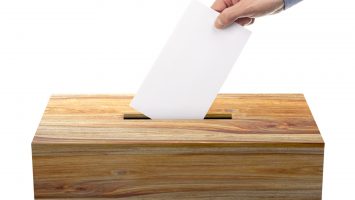 Everyone has ideas.  You’ll have hundreds of them while reading this post.  Some will be mundane.  Some will be gentle nudges to yourself not to forget to pick up milk today or call about that appointment you keep meaning to reschedule.  Some may be profound, like the way to end world hunger.  It’s these profound ideas that can change the world – but only if they can be catapulted out of our consciousness into the cold hard world.

It’s ideas that people seek to capture in knowledge management and suggestion boxes.  Organization sets rewards and bounties for the behaviors that lead to new ideas being captured in paper or electronic form.  However, these initiatives are a waste of time.  They allow you to collect a quite massive pile of rubbish.  It’s the kind of thing that innovation is designed to address.

Innovation is the successful implementation of an idea.  It’s testing and refining it until it’s ready to be adopted by the masses and change the world.  Edward Catmull of Pixar explains that all of their movies suck at first.  (See Creativity, Inc.)  They make some of the best animated movies in the business – and all of their movies suck.  They start out as ideas, and the development process that movies go through at Pixar gradually refines them into the story that we see.

It’s not the idea that’s great.  It’s not the selection process.  It’s the refinement process that distils the idea to its essence.  It removes the impurities that will prevent it from being adopted.  To get to the innovation, an idea must be forged by challenges and questions.

Once the idea has been refined, it must be adopted.  Innovations are the adoption of an idea, so without adoption, it’s really not an innovation.  It’s simply an idea.  However, adoption isn’t as simple as it first seems.  Everett Rogers in Diffusion of Innovations explains that we’ll get knowledge from anyone and attitudes from our peers, but we need to make a personal decision to change.  (See Knowledge-Attitudes-Practices for more.)

Getting to adoption of an idea must first pass the hurdle of refinement and move on to the second state where people become aware of it.  It’s with awareness that it’s possible for people to adopt an idea and convert it to an innovation.  But it takes changing attitudes, and that’s where it becomes an opportunity for the change leader.

Without change leaders, there will be little change.  Like a reaction without a catalyst, it may get there eventually, but over a much longer and inefficient process.  Change leaders are the catalyst that makes innovations happen from the raw materials of ideas and refinement.