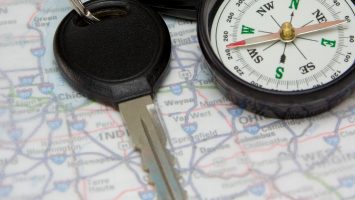 If I simply say, “The staff is bad,” you have no context for the statement.  Depending on your frame of mind, you may believe that I’m speaking about the employees of an organization.  If you’ve recently been on a long walk or hike, you may sense that I’m speaking about a stick used for walking.  In either case, you’ve used your own perspective and experience to fill in the gaps where I failed to be explicit.

The problem with this is when we’re changing organizations, we have no way of knowing what context people are approaching our communications from.  We can’t assume that they’re encountering our messages with the right frame of mind, which is why we need to provide some context for our communications and for the need for the change in the first place.

Simon Sinek’s popular book, Start with Why, implores us to explain why we’re doing things before we explain what we’re asking for or how we’re asking for it to be done.  This is solid advice, as anyone who has met a toddler knows that “Why?” is their favorite question.  Even adult learning theory acknowledges the need for adults to know why what they’re learning is important to them.

Too often, organizations fear that sharing the challenges of the current market will scare employees too much, and they therefore minimize the real threats to the organization’s long-term viability in favor of creating the appearance of a shimmering future.

The problem with a disconnected vision is that it often appears to employees – and outsiders – as a mirage.  It’s too hard to believe that it’s real without the framework for why the vision is possible and at least some of the major milestones that need to happen between the current state and the future state.

John F. Kennedy’s address to the United States Congress imploring everyone to make sending a man to the Moon – and returning them safely home – a reality is often heralded as the quintessential vision.  It escapes the risk of being perceived as a mirage, because everyone in Congress and the entire American public knew of the progress that had already been made with the space program.  While the trip to the Moon was a fantastic scientific and technological leap, it seemed possible because of the hard work that had already been done and the successes that had already been seen.

Effective communications about change explains the current situation honestly, including both strengths and weaknesses.  It evaluates opportunities for the organization to grow and considers the threats to long-term survival.  (See SWOT & Pestle for more.)  Communicating completely builds trust and enables people to believe in the proposed vision.

The vision must then be built on the context of the organization and the environment and must seem possible based on what is known now – or can be known through effort.  Providing the contextual pieces that make the vision the one that those doing the planning believe is the best option makes it easier for everyone to buy into the believability of the vision.

With context in place, fewer people will resist, and more will engage in creating the vision even if the path from the current situation is difficult and dangerous.