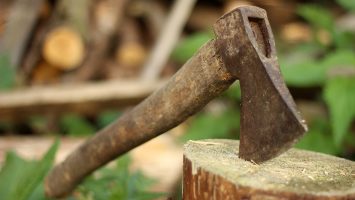 Most of the time when we’re working to change an organization, we’re focused on the benefits of the change.  We’re speaking to the utopian vision of what can be.  However, to be effective at change, we must acknowledge that every change has negatives and loss.  And sometimes the negatives can’t be predicted.

As I explored in Why People Don’t Resist Change, people don’t resist change.  Built on William Bridges’ work in Managing Transitions, people resist loss.  Sometimes that loss is known or can be anticipated, but sometimes the loss is unanticipated.  Therefore, we must consider not only what we anticipate people may lose but also the things that they think they may lose – and the things they don’t even know they might lose.

The Spanish conquistadors in their quest for gold decimated the Latin American peoples they found with disease.  African cultures were destroyed by the imperialism of French, Belgian, Portuguese, and British colonials.  The Native American Indian cultures were destroyed by the European settlers as they made their way from East to West in North America.  Even aboriginal tribes in Australia were disturbed by farmers and eventually Christians.

In the early 20th century, there were still untouched aboriginal tribes who lived in the Stone Age.  Their best tool for cutting wood was a stone axe.  They were difficult to make and not very effective, but they were all the tribe had.  Christians who wanted to share the good news of Christ with these “uninformed” natives brought to them their beliefs and steel axe heads.

Side-stepping the issue of imposing your religious beliefs on another group for a moment, there was a bigger problem, and one that was caused not by malintent or even paternalism.  It was an unintended consequence that unraveled the very fabric of their society and led to unintended consequences.

In these tribes, the cost of stone axes made them things that only the elders possessed.  The younger men would come to the elders and ask for the use of the axe head.  As a part of this, they’d compensate and pay homage to the elders.  This was a part of the fabric that bound together the tribe in a set of interdependent relationships.

When Christians introduced these steel axe heads, they did so by primarily giving them to younger men and women, thereby eliminating the need to maintain the relationship with the elders.  The result was that the social fabric of the tribe became frayed and decayed.  It led to prostitution and the “misuse” of the innovation itself.

Not even the most enlightened could have foreseen what redistributing power in the form of a precious axe head could do.  The intended consequence of raising material comfort never materialized, as those with the axes ultimately failed to use their additional time in ways that would move them or their society forward.  So, the innovation of a steel axe head didn’t contribute much to additional material comfort.  It only left the tribes with challenges they had never encountered.

Change managers cannot predict the unanticipated consequences by their definition.  They can, however, find ways to monitor the change in such a way as to be open to discovering the emergence of harm, so that it’s possible to forestall further damage to a group.  In this way, change managers can accept that it’s possible the change may cause harm and, at the same time, take steps to guard against it and stop it if necessary.