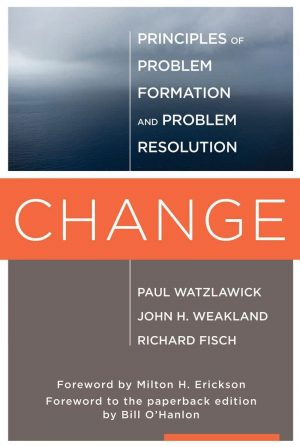 My first highlight in Change: Principles of Problem Formulation and Problem Resolution is “… persistence and change need to be considered together, in spite of their apparently opposite nature.”  It is a fundamental truth of change that too often is left trampled on in the rush to push through as much change as possible in the shortest period of time.  We’ve lost the value of persistence and stability as if we could make a boat with a sail and no keel.

The Opposite of Bad Isn’t Always Good

I hated geometry class.  Logical proofs were mind numbingly boring and detailed.  However, I did salvage some learning from my time.  I learned that the opposite of bad isn’t always good.  Or rather I learned that, in logic, you’ve got to be careful.  Sets, subsets, negation, and all sorts of operations can lead intuitively to incorrect conclusions.  However, this is a lesson that I, and others, must continue to relearn.  All too often, we believe that any change is a positive change when something is bad.

We’ve got a bias towards action that leads us to believe that we should be doing something.  However, sometimes the wiser approach is to wait to make sure that the thing we’re doing is the right thing.  Einstein once remarked that if he had an hour to solve a problem, he’d spend the first 55 minutes understanding the problem and the remaining five solving the problem.  Too often, we jump to conclusions and action when what we need is more effort to understand the problem.  (See Antifragile for more.)

Donella Meadows in Thinking in Systems explains how you can get different results by changing the system.  Often, we go about change by attempting to manipulate low-leverage factors.  Change explains that we need to be looking for the second-order, system-level changes that make a lasting impact and change.  As Change the Culture, Change the Game indicates, if you don’t focus on the experiences and beliefs, then the actions and results can’t be changed persistently.

They propose that there are three ways to mishandle any problem:

Two Tragedies: Getting Your Heart’s Desire, and Not

When we’re looking at change resistance or Immunity to Change, the causes aren’t always clear.  Some call it fear of success; others look at it as a fear of failure.  (See The Gift of Failure for more on fear of failure.)  The truth is that getting your heart’s desire – achieving your goals – can be as confusing and disorienting as losing hope and deciding that you’ll never reach your goals.  (See The Hope Circuit for more on losing hope.)

What can sometimes help is to realize that there are options on both sides – whether you get what you want or you don’t.

One of the most powerful techniques that are used to shape conversations is reframing.  Reframing doesn’t change the actual situation or consequences but changes the way that you view them.  Reframing change as an opportunity – rather than a solution to a problem that people aren’t aware of – can get people to support the change.  Children that reframed the marshmallow in front of them to something more abstract like the means to an end were more likely to “pass” The Marshmallow Test and were rewarded with more sweets.  (See also Coachbook for more on reframing.)

Even John Gottman would admit that marriage relationships are formed on the tradeoffs that each member of the couple makes.  Some of those tradeoffs are easy and some are less easy. but it’s about giving what you’re comfortable with and getting what you believe you need.  (See The Science of Trust for more on Gottman’s work.)  Change says that much of what appears in couple’s counseling is a disruption of the quid pro quo on which the relationship is formed.

Truth Is Not What We Discover but What We Create

We believe that there should be some objective truth to all things.  The personality of a historical figure should match some accounts.  However, the deeper that we probe into things, the more we realize that we’re not capable of handling the entire truth.  We see only fragmented pieces of the whole – and, invariably, our perspectives fall well short of the bar for truth.  In realizing that we’re incapable of perceiving the whole truth, we must endeavor to create a consistent truth.  It should be a truth that interfaces with others’ perceptions of truth and doesn’t leave us on the wrong side of a psychological diagnosis – but at the same time recognizes a consistency around our experience.

If we want to develop a truth about change, we’ll want to ensure that we’re not looking just to discover it but rather that we’re approaching it with the real understanding that we create our truth as much as we discover the truth that is “out there.”

Fear is a powerful, if unpredictable, motivator.  Too often in our quest for perfection, we fear that we’ll make mistakes, and those mistakes will be held against us.  In terms of Richard Lazarus’ observations in Emotion and Adaptation, we believe the consequence of a mistake to be high and our ability to cope to be low.  Whenever we’re looking to improve our chances at change as well as our retention of employees and happiness at work, we should endeavor to create a safe place to work.  (See The Fearless Organization for more about creating psychologically safe places to work.)

Ultimately, if we want to be successful at change we may need to spend some time reading about Change.