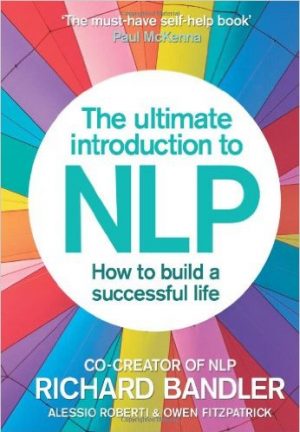 There’s a running joke in the National Speaker’s Association (NSA). Someone addresses the members and asks if they’ve heard about NLP, and then says, “Wait, of course you’ve heard about NLP: this is the NSA.” In other words, understanding NLP – or, Neuro-Linguistic Programming — is an expectation in the NSA. Why is that? Well it’s a historic program for self-help through cognition. As a result, it’s expected that you just “know” about NLP. In truth, I did know about NLP, but the problem was it was so long since I was exposed to it that I barely remembered much. That’s why I needed something like The Ultimate Introduction to NLP: How to Build a Successful Life as a refresher.

It’s All About the Mindset

In the 1970s the idea that you could change your life by thinking was new, radical, and different. Thus when NLP was developed, it was a new idea. Of course, since the 1970s things have changed as we’ve learned about neural plasticity and the ability for our brains to grow and change as we think thoughts and develop practices. (See Mindset for more about neural plasticity.) While NLP as a specific protocol has been discredited scientifically, there’s a different way to view NLP.

I don’t view NLP as a rigid protocol for how to make your life better. I don’t see it as a cure-all. I don’t even see it as a properly structured clinical protocol. There’s little point in seeing it as a specific clinical protocol, since I know too few of them will validate when the research is tested. (See The Cult of Personality Testing, The Heart and Soul of Change, and House of Cards for some of the problems with clinical psychology.)

I see it as another interesting perspective on how people’s inner worlds work. It may not have the rigor of scientifically-based work like Incognito, but it’s an interesting view of the world.

Map-making in the real world is an exercise not in adding things to the map, but is instead an exercise in not adding things – in deciding what to omit. When we build our maps of our world, we necessarily omit details, simplify, and sometimes distort the real world to make our maps work. We do this because maps – both in the physical world and in our rational minds – are simplifications. If the map really matched the “territory” (the NLP word for the real world), then there would be no reduction in it, and would therefore be too complicated for us to process. We need the simplification that our internal maps provide.

However, things change and our maps get out of date with reality. We stumble across our distortions and trip ourselves up on the reality that we can’t see. An awareness in NLP is that we have to always be tending to our maps, to make them as rich as we can and to make updates for the updated information that reality brings.

One of the benefits of being a consultant is that I get to see most problems from a distance. They’re not my problems. They don’t directly impact my livelihood. Instead, I can see things more objectively. NLP teaches you to create this dissociation from the voices in your head. The idea is that you can move the movies that play in your head farther away and desaturate their color – thereby minimizing them and making them feel less real.

By approaching the things that cause fear and anxiety from a distance, it’s possible to create separation and dissociation from them. This minimizes their impact and makes them less powerful over our decisions and actions. Whether the visualization exercises of moving thing farther away and turning down the color are effective as a dissociation exercise or not, the benefits of dissociating are real.

There are many places which recognize that people communicate differently. Dialogue speaks about Power, Meaning, and Feeling as ways to communicate. Emotional Intelligence talks about connecting with others through language and body language. NLP recognizes the power of mirroring, or matching the other person that you’re communicating with, and how powerful it can be to reflect to the other person what they’re thinking.

In the end a key idea with NLP is that the person you’re working with should look forward to a brighter future. That is, NLP leverages hope as a powerful tool for lasting change. (See The Psychology of Hope for more about how powerful hope can be.) If you want a better future, perhaps a good starting point is The Ultimate Introduction to NLP.