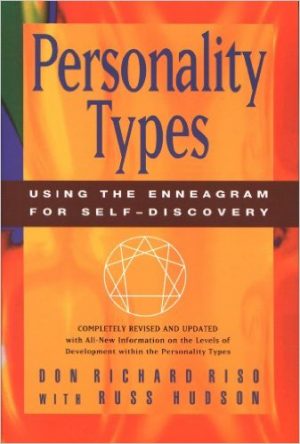 I’m not stranger to personality types. Whether it is doing impromptu Myers-Briggs Type Indicator analysis (guesses) for friends in the SPTechCon speaker room in Boston, or evaluating folks in terms of their time perspective (ala The Time Paradox), I enjoy personality typing tools as a way to seek a better understanding of the folks that I live and work with. I know that this “automatic typing” that I do makes some folks nervous; however, it’s just one attempt on my part to be able to communicate in ways and languages which will resonate with the other person.

When a friend suggested that I look at the Enneagram, I found the official web site and took their free version of the test. It came back for me as a type 1 –”The Reformer.” However, I wasn’t sure what that meant exactly. That’s where the book Personality Types: Using the Enneagram for Self-Discovery comes in. It explores the enneagram and how the system works – including the intricacies of the different types.

Fundamentally the system revolves around nine different personality types which fall into three categories. The categories are Instincts, Thinking, and feeling. The idea is that every person struggles with one of these three and that they are more prone to completely repressing the category, over expressing it, or under expressing it. For instance, my type “The Reformer” is likely to under express their instincts – they’re less likely to accept things the way they are.

The system is most frequently expressed as a circle since the nine type (The Peacemaker) is connected to the one type (The Reformer), however, that’s difficult to quickly express so I’ll convert some of the data to tables. For the categories (called triads in the book) and the under/out of touch/over is here in the following table (with the names):

Higher levels of functioning have embraced their struggles based on their personality type. They’ve integrated their ego into a part of healthy functioning rather than having it angrily demand that it’s needs be met and that past hurts be soothed. They’ve learned to heal their own brokenness. The lower a person slides in their healthiness the more their ego takes the reigns and the more self-centered rather than self-less that they become.

Another concept is that of wings – that is that you’ll also to a lesser extent be influenced by either the personality type on either side of your primary type. That is a One may be influenced by a tendency to nine or to two. (In my case it is two – helper.) This influence is called a wing. Wings come in a range of scales. By definition your primary personality type must be at least 51% of your personality so the most a wing could influence you is 49%. However, there’s a range here from very impactful (49%) to very negligible (technically 1%). The degree these wings play on a personality can explain some level of variability even within a personality type. To simplify this scale it might be useful to consider three categories of impact from a wing: High (49%-33%), Medium (32%-16%), and Low (15%-1%).

So at its heart the enneagram system contains nine basic personality types. Considering the potential variants in the Myers-Briggs system is 16 – nine seems less fine-grained. However, when you consider the nine functioning levels to each of the nine types and then add three potential levels of impacts for wings you end up with 243 combinations – more than anyone could keep track of in their head. So at one level the system is relatively simple – at least less complex than other measurements. On the other hand, at the most detailed level the variation is sufficiently nuanced that you should have a good idea of the core makeup of a person.

So what’s the real value of the enneagram? Well, as the book’s title says, it’s self-discovery. While it may be interesting to be able to gain insight into others, the real value is gaining insight into you and your own thoughts and behaviors. Unique (as far as I’m aware) to the enneagram and the book is the discussion of how the personality type breaks down into lower levels of operating effectiveness. For my own situation the prescription is to be wary of the possibility to become a judgmental perfectionist or worse (see the table above). The book has given me a map to follow to know when I’m descending into lower levels of effectiveness. What to do about the slide is simply a reflection of thinking and behaving like the level above. If you’re interested in being the best person you can be, you’ll want to pick up Personality Types: Using the Enneagram for Self-Discovery.