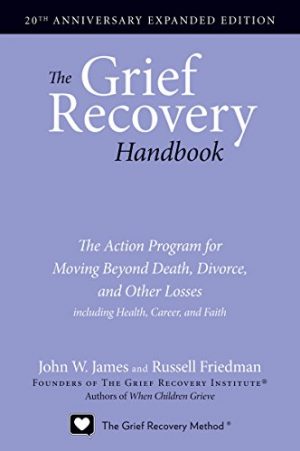 The Arguments Against Kubler-Ross’ Model

Kubler-Ross’ model has been criticized primarily for two things. First, it’s not evidence-based. There’s no research study underlying the model. The second is that people don’t go through all the stages sequentially. The first is easy to dispatch with the knowledge that there are almost no studies of emotion that have a research basis. We’ve been unable to find effective ways to study emotions like this. Thus, it’s apparent it has no research, and, ultimately, it’s about the capacity to learn from the model rather than treat it as gospel.

The second is harder to dispatch, because it’s a fundamental misunderstanding of Kubler-Ross’ work. She indicated that each emotion didn’t have a fixed time, and the emotions may occur over a long period of time, with periods akin to a relapse as people move back to “earlier” states. However, people have simplified the model to a strictly linear, step-by-step model.

Grief Is the Reaction to Loss

“Grief is the normal and natural reaction to loss of any kind.” Grief is therefore the emotion of loss. Loss is the intellectual realization of a reduction in value of any kind, and grief is its emotional twin. One of the other objections made against Kubler-Ross is that her work was targeted with people who were themselves diagnosed with a terminal illness. Others criticize that the model has been applied to those loved ones who surround those who are dying. Here, the position is clear that loss is loss, and grief is grief. The intensity of the emotion may vary, but it’s fundamentally the same emotion.

This is key to applying the Kubler-Ross model to change, as William Bridges did in his Transitions model. If all grief is the result of loss and there is a loss at the heart of change, then it’s appropriate to apply or at least consider the model for changes as well as other kinds of losses. Bridges makes the point that, at the very least, a change involves loss, even if that loss is just a nostalgic loss.

One of the common challenges that people face is the fact that others try to minimize the loss. The problem with this approach is that, in doing so, they’re making the grieving person feel like they’re not understood. Instead of validating the person’s feelings, they’re invalidating their reality. That alienates the grieving person and deprives them of their emotional support system.

Time Does Not Heal All Wounds

There’s a common saying that time heals all wounds. That saying is incorrect. Time doesn’t heal all wounds. All wounds can heal in time. It’s not time itself that heals, it’s the work that we do to address and work through the emotions that ultimately leads the wound to be healed. When we say to someone that time heals all wounds, we’re minimizing the hard work that must be done to heal ourselves. Brené Brown in Rising Strong calls it “gold plating grit.”

Instead of focusing on how to create time to help people who are grieving, we should be focusing on healthy ways of processing it.

We’ve all been taught incorrect messages about grief. Our parents and grandparents have had to suffer through grief, and in this, they’ve sent us messages that don’t set us up for processing grief in a healthy way. Some of those messages are:

While these messages are well-intended, they pull us further away from our ability to process guilt and to be more connected with others in a way that helps us cope.

Nobody Knows How You Feel

Even with advances in neuroscience, the simple fact remains that nobody knows how you feel. Even in How Emotions are Made, there’s no claim that any two people have the same emotions. When someone says that they know how you feel, they’re wrong. They may have some idea of how you feel. They may be able to relate – but they don’t, in fact, know exactly how you feel.

Learning how to express how you feel is, as James Pennebaker explains in Opening Up, a part of the healing process. We need to be able to share how we feel. Attempts to stop us from that – by saying that they know exactly how we feel – prevents that and at the same time alienates us, because we know, at some level, they’re wrong.

Grief is something unfinished associated with the loss. Whether it’s being willing to let go of the old habits or it’s finding a way to express things that you couldn’t express while someone was alive, there’s unfinished business, and it needs to be addressed. In twelve-step programs, steps 8 and 9 are about making amends. These amends are about unfinished business. Clearly, it’s making amends towards others that we’ve harmed, but more than that, it’s closing the loop and allowing us the psychic release that comes with closure.

If a loved one has died, there is obviously no direct way to communicate with them about the unfinished business. However, finding a way to communicate your feelings can be valuable, whether through a written letter or through a person who plays the part of a proxy. The goal isn’t really communications directly as much as it is being able to close off the pain.

The question the book offers is “What do you which had been different, better, or more?” as a way of discovering what is unfinished in a relationship. I say it a bit more succinctly as it was asked of me at a Church of Scientology building: “What do you regret?” (See my review of Theory U for that story.)

One of the most difficult things for me to share with others is that no one can make you feel something. Feelings are your reactions to what has happened. They’re internally generated, and as such no one can make you feel something. However, all too often, we’re confronted with people saying that we made them feel something – happy, mad, or sad. There’s a saying, “People can’t drive you crazy if you don’t give them the keys.” It’s another way of explaining what Richard Lazarus explains in Emotion and Adaptation – that there’s a gap between the stimulus and our assessment of it.

We’ve learned – inappropriately – that when we feel bad, we can feel better with food. It’s a short jump between that and alcohol and drugs. We struggle with addiction in part because we struggle with ourselves and dealing with all forms of pain, including grief. (See Why and How 12-Step Groups Work.)

The authors don’t advocate for pain. Nor do I. However, I recognize that sometimes pain is necessary to get to the other side. Setting a broken bone may be painful, but without proper setting, it will never heal right. Sometimes, we must move into the pain so that we can discharge it and move on. In fact, one of the ideas about PTSD is that the situation was so traumatic that people cannot face the situation completely and make sense of it. (See The Body Keeps the Score for more.)

Sometimes we ask for, or beg for, forgiveness. In doing so, we are fundamentally misunderstanding how forgiveness works. We should not ask for someone to change the way they feel about something. Instead of asking for forgiveness, we should be apologizing instead. Consider the broken bone analogy from above. Which would you prefer the doctor say?

When set out this way, you can see that the right answer is an apology (I’m sorry). I’m not sorry, however, that I read The Grief Recovery Handbook, and I don’t think you will be either.