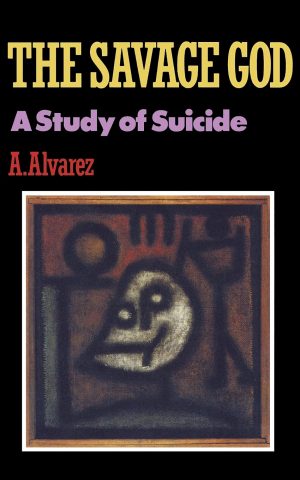 Reading about suicide through the lens of an author about the death of another author isn’t where I’d normally start.  However, The Savage God was referred to by both The Suicidal Mind and Myths about Suicide, so it was clearly a work that held some value for others, so I wanted to read it.  It’s a story – on the surface – about a relationship between Al Alverez and the couple, Ted Hughes and Sylvia Plath.  The key was that Sylvia Plath successfully completed a suicide attempt six months after being estranged from Ted.

Alverez is quick to point out that he has no grand solutions to suicide.  In fact, he doesn’t believe in them because, “Suicide means different things for different people at different times.”  While it may seem that this disclaimer implies that there is no insight into the suicidal mind, nothing is further from the truth.  While he offers no solutions, he does offer a better understanding of how life and death sometimes get tangled on the way to good art.

I must confess that I hadn’t remembered hearing Sylvia Plath’s name before this.  I’m certainly no great fan of poetry so while Virginia Wolff’s name was familiar to me, Slyvia’s was not.  (Virginia Wolff also died by suicide.)

The attempt that took Sylvia’s life wasn’t her first – far from it.  She seemed to have a “deal’ with death.  She’d tempt fate with some sort of a suicide attempt once a decade, and if she survived, she’d get a new lease on life and a new energy that she could pour into writing.  This magical deal is apparently not unique to her situation, as is explained in Comprehensive Textbook of Suicidology.

Being an artist – a good artist – necessarily requires that someone opens themselves up to their emotions.  That process can sometimes overwhelm a person and make them feel as if they’re pouring out their emotions on the page – and they therefore need some way to replenish them.

The idea that death is unmentionable is a new invention.  Throughout history, we’ve had a more intimate relationship with death.  However, somehow, we decided that if we would speak about death, we’d invite it into our worlds, and so it became the unmentionable.  It was always with us yet simultaneously unspoken.

Death, it seems, is now more taboo and less discussed than sex was for the Victorian era.  Now, we can discuss every form of sex, and the result has been a significant reduction in teen pregnancy.  (See Dialogue – Defensive Routines for more.)  Perhaps if we can regain a healthy respect for and willingness to discuss death and suicide, we can remove the mystery and reduce the magic allure of suicide.

Until the Next Do We Meet

What the Spaniards did to the native Indians was cruel.  The work and the torture were so unbearable for many that they committed suicide to avoid it.  The Spaniards became worried about the loss of their labor force and developed an equally cruel story to prevent the Indians from committing suicide.  They threatened to commit suicide themselves to go to the next world where they would be even harsher to the Indians than in this world.  Apparently, the tactics, no matter how cruel, worked, and the labor force was preserved.

Where most people believe that suicide is an escape, the Spaniards removed this idea.  If you believed that suicide would lead you to an even more torturous existence, then perhaps people wouldn’t try it.  This may be some of the hidden motivation for Christianity’s eventual condemnation of suicidal attempts.

The Roman perspective on death was slightly pragmatic from a state point of view.  If one committed suicide, it was considered a crime in so much as it was avoiding other charges – and it primarily concerned the inheritance of property.  Property inheritance can be a big deal when it comes to wealthy families.  Capital in the Twenty-First Century explains the importance of inheritance and how our perspectives about it have changed.

For the Romans, there wasn’t a moral aspect to suicide, only a financial one.  Suicide meant that the state could seize a person’s property.  As a result, while suicide was relatively common, no one wanted the label for fear that it would mean their families would be deprived.

Coroners often avoid recording a death as a suicide.  Some refuse to accept that it was a suicide without a note – even if the physical scene is clear.  As The Suicidal Mind shares, the percentage of people who leave suicide notes is low – maybe 20%.  Thus, it’s expected that official statistics that record suicide may still be underreported after many of the legal sanctions have been repealed – and very few are enforced.

This partiality may be seen as compassion on the part of the coroner – and in some cases, it may be comforting to the loved ones left behind.  More broadly, it creates challenges as we try to get an accurate picture of suicide, since we can’t trust the records to tell us the true rate of circumstances.

Alverez makes a statement that rings true with the statistics: “Here’s the difficulty about suicide: it is an act of ambition that can be committed only when one has passed beyond ambition.”  What rings true about it is that it has been frequently observed that suicide attempts increase at the end of depression treatment.  If depression is a causal factor for suicide, why should people be more susceptible at the end of a successful course of treatment?  There are two plausible answers.

First, depression has a noted psychomotor retardation.  That is, people who have depression don’t want to do anything.  So, if the desire to do nothing recedes before the desire to continue life, you get the willingness to do something – even attempt suicide – which previously seemed like too much work.

The second plausible cause is that people, recognizing the improvement, start to return to the focus of their own lives and other cases.  As a result, the person feels abandoned in some small or large way.  The result is a perception that their life going forward would be one of emptiness and loneliness.  (See Loneliness for more on loneliness.)  One must remember that depression robs a person of the joy that they would normally feel.  Without full restoration of joy, they may see little positive in their lives if people withdraw from them.

The “Logic” of Suicides

Suicide, Alverez notes, is a closed world with its own irresistible logic.  That is, the world of superstitions and omens – what Comprehensive Textbook of Suicidology described as magic.  Our self-talk, our internal voices, are personified, and those that are reassuring and supportive can be pushed away so that they’re no longer heard or hearing them requires great strain.

Of course, for most suicide victims, there is no logic, only twists and turns that appear as logic when the mind is troubled.  (For more on how things can look logical but are not, see Mastering Logical Fallacies.)  As these fallacies become exposed to the person themselves, they may seek suicide as a way to escape the pain of the confusion and conflict in their heads.

After sharing insight into Slyvia Plath’s eventual suicide and the events that led there, Alverez finally admits his own attempt at suicide and his reticence to admit that fact.  It seems that even in those who’ve ultimately resisted the allure of suicide, there exists a sense of The Savage God that those who succumb are painfully aware of.  Maybe in reading The Savage God you’ll find a way to live with the image or to understand those who have succumbed to suicide.