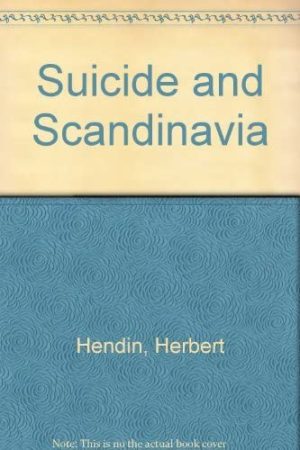 It’s a curiosity.  The suicide rate in Denmark is very high.  The suicide rate in Norway is low.  At least they were in the early 1960s, when Herbert Hendin was doing his research.  The rates today are substantially similar to each other.  Back then, Hendin wanted to know why, and the results of his search are found in Suicide and Scandinavia.  There weren’t definitive answers, but there may be clues as to why one culture may have a high rate of suicide vs. a low rate of suicide given a similar set of weather and history.

Hendin ultimately proposed that the difference in suicide rates was due to the parenting styles of the two countries.  He proposed that, collectively, the aspects of the parenting difference could drive suicide rates higher – or lower.  Shortly after the publication of the book, a research study was performed.  That study tested the various aspects of Hendin’s hypothesis regarding the differences between rates and their causes.  Fundamentally, these aspects are all about how children are raised.  These aspects and what the study, “A Test of Hendin’s Hypothesis Relating to Suicide in Scandinavia to Child-Rearing Orientations,” found was that some aspects of his hypothesis were supported, and some were not.  The child-rearing aspects, and whether the study indicated that they were supported, are:

The reasons for these categorizations are nuanced and may be an artifact of the study design.  However, they provide a good framework for Hendin’s ideas, and they offer an opportunity to reevaluate how these factors may have changed and what impact that might have had on bringing the suicide rates closer between the two countries.

It’s important to note that there are many factors beyond the influence of parents in the development of children.  Judith Rich Harris in No Two Alike and The Nurture Assumption explains how small changes and lots of external factors shape children in unexpected and sometimes unexplainable ways.  The culture that individuals reside in shapes the way that they trust.  (See Trust: Human Nature and the Reconstitution of Social Order for more.)  Our basic moral perspectives are also shaped by the broader context in which we live.  (See How Good People Make Tough Choices for more.)

Mothers in Denmark encouraged their children to be more dependent than their American counterparts.  This may no longer be the case, as we hear more about helicopter parenting and the kinds of cancel culture behaviors that are discussed in The Coddling of the American Mind.  The question is, what possible mechanism could a greater dependence on mothers have to suicide?  Are the same factors that were driving high rates in Denmark in the 1960s impacting the US and the rest of the world today?

Hendin doesn’t propose any effective mechanism himself, but one could postulate that dependence on their mother reduces the problem-solving skills in the children, and this lack of problem-solving skills – particularly in interpersonal matters – has been linked with suicidality.  Perhaps the dependence that’s being instilled deprives them of the experience and practice necessary to become good at solving problems on their own.  (See Peak and Sources of Power for the role of experience on performance and decision making.)

The Discussion of Death

Hendin remarked that the discussion of death was just as taboo in Denmark as in the United States.  It’s not a surprise given the work on how the fear of death drives us.  (See The Worm at the Core and The Denial of Death for more.)  Jonathan Haidt in The Blank Slate explains that we’re all driven by the same foundations of morality, so any differences tend to be more surface level rather than a change in the acceptability of death discussions.  Contrasting this, Hendin explains that, in Denmark, they were relatively less closed-off and disturbed with the discussions of death than in the United States.

Death as Relief to Deadness

Owing to the relative confusion or fantasy of death that is often encountered with suicidal people, one person remarked that death would be an escape from the feelings of deadness.  In a sense, the cessation of consciousness would, in fact, end the feelings of deadness – of course, replacing it with actual deadness.  Such are the odd twists that seem to occur in the mind of someone in severe pain.

In the end, Suicide and Scandinavia is more a commentary on the parenting practices and general cultural approaches to aspects of their lives than it is a specific study of suicide.  As a short book, it may be worth spending a few minutes to see differences between then and now, overall and at a country-by-country level.