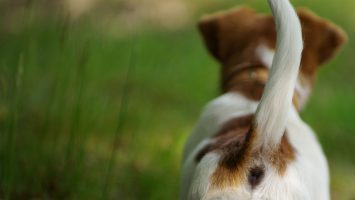 It was a correlation that was mistaken for a causation that caused the recession of 2008.  It stacked up kindling high and wide, just waiting for the spark to set off an inferno that would burn down banks and billions in valuation and put the economy in a tailspin.  When we make changes, we seek to find those things that are causal so we can get the results we want – but that depends on getting causation right.

Enter the government as they encouraged mortgage lenders to be more aggressive at lending for homes – particularly in economically disadvantaged minority groups.  Using some older but rarely enforced legislation, they upped efforts and started the boom of sub-prime mortgages.  Income verification became a joke.  You could get whatever house you wanted with practically no questions asked.

To be fair, other factors were at play, including financial managers packaging up these loans, and other financial managers who didn’t understand what they were buying or what the risk was.  In the end, housing prices dipped, people just stopped paying their mortgage, and the whole thing burned down.

The simple belief that home ownership caused economic stability was tested – and it failed.  We discovered that it’s when people feel safe that they go to the effort of buying a home – and not the other way around.

The mistake was one that is made all the time.  We believe because two things are correlated that by manipulating one, we’ll cause the other to change.  That works when the variable we’re changing is truly causal – and generally fails spectacularly when it isn’t.  While establishing correlation is statistically possible and not particularly difficult, establishing causation is much, much trickier.

The key is the establishment of time-sequencing.  If one thing occurs and the second quickly follows, then we know with a reasonable degree of certainty that the leading factor is causal.  Unfortunately, teasing out timing like this is difficult, as the changes over time tend to be gradual and the correlation is filled with a great deal of noise.  Collectively, this makes teasing out causality difficult, and as a result, many people don’t take the time necessary to accomplish that.

Instead, they take the shortcut and assume causation where there is none.

In your change effort, rather than assuming that you’re working with the causal factor, take specific, time-sequenced steps to test your assumption that if you change one variable, you’ll get the results you want.  It takes time, and it’s frustrating and even exasperating as people believe they know how things will turn out.  However, without those small-scale tests, you may find that you’re changing something that doesn’t matter – or worse, you’ll find that what you’re doing threatens whether your organization can exist in the future.

The next time someone says that if you change X, you’ll get Y, ask them how they know.  If they insist, ask them what happens if you change Y.  If they answer that X will change, they know the variables are correlated – but not which is causal.