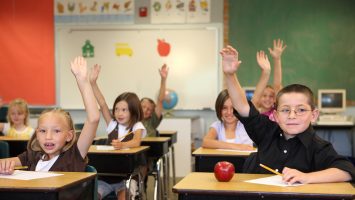 Trapped inside the hearts and minds of its workers, the assets organizations already have are unable to be leveraged.  Instead of copying the success in one group to another, they’re stuck recreating over and over again.  Changes require a large amount of effort, and being able to leverage effort that’s already been expended may just make the difference in your change and in your organization.

In some organizations, people are valued for what they – and they alone – know.  Bill knows that he can keep his cushy job if he is the only person who can fix the production line when it breaks.  Suzi knows that she can keep the organization over a barrel if she’s the only one who knows how the financials come together.  Keeping people who are valuable for what they know isn’t a bad thing – it’s a good thing.  However, encouraging people to keep their tacit knowledge instead of sharing it and converting it into explicit knowledge creates a friction that can stop any change.

Sometimes, the push towards a knowledge-sharing culture comes with a set of metrics about the volume of “knowledge” checked into official repositories.  This approach, however, often backfires as people are incented to put in things whether or not they are of value.  Instead of focusing on the most important, most valuable, and most broadly reusable content, they’re checking a box, and it ultimately undermines the whole initiative.

After a year or more of people being incented to put content into a central repository, the repository will likely be full – of garbage.  Instead of measuring the content added to the library, it’s important to measure the usage of the material that was added.  Bill checks in some knowledge but doesn’t get credit until someone else looks at the content.  This encourages Bill to check in quality content – and to refer people to the knowledge repository rather than answering the question directly.  While it would seem that getting a direct answer is the best answer – it’s not.

More than anything else, change is about changing human behaviors.  By having everyone refer people to the knowledge repository, we’re training the behavior in that the repository has the answers you need, and you only need to reach out to a person when the information in the repository isn’t rich enough to cover your specific needs – when an expert’s tacit knowledge is required.

With enough repetition, you build the behavior of checking the repository, and you normalize it as a part of the culture.  Here, we leverage the repository to get our work done quickly, and we connect with the person who checked in the knowledge if it doesn’t address our needs.

Unless your change project is one of knowledge management or agility, this behavioral and cultural change is likely not a part of the change that you’re trying to accomplish.  However, it can have a profound impact on your ability to accomplish other changes.  Imagine if you had a place where you could ask the hard questions.  Many times, change projects are hampered by their ability to find the right people and get them to share what they already know about how things work today – and what can be done to improve them in the future.  Building the culture of knowledge sharing addresses that critical need.