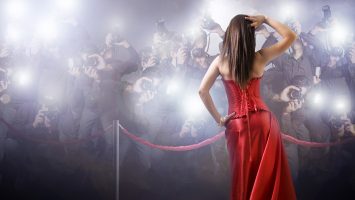 One of the oddest barriers to getting people to change their behaviors is their fear of their own success.  Instead of looking forward to the new utopian view of the world, they ponder –either consciously or unconsciously – what being successful will really mean to them.  In some cases, people are appropriately worried about losing their position, their authority, or their power.  However, in many more cases, we fear simply how people will see us or what they’ll expect if we are successful.  Here’s how to understand it and what to do about it.

Suppose for a moment that your goal is to play at Carnegie Hall.  Certainly, there will be fear of failure as you’re trying out for the positions that would have you playing at Carnegie Hall but there’s often an insidious problem that remains unseen.  That is, the nagging feeling that your life will suddenly become purposeless once you achieve your goal.  If you succeed, then what?  What goal could compare with the goal of Carnegie Hall?  Consciously, or more frequently unconsciously, we may resist the efforts necessary to reach our goals, because we’re concerned that we won’t find the next challenge.

We may also be concerned about how our success may reflect our relationships.  Instead of being the musician that a friend played band with at high school, suddenly you’re in a different class of people – and maybe that class of people isn’t seen favorably or isn’t seen as accessible.  Initially, people react to the fact that I’m a published author with a bit of amazement.  What happens next isn’t always predictable.

For some, authors are aloof and superior.  Instead of judging me by our conversation, they connect author with things that aren’t really associated with me.  Others can feel confused when I interact with them like anyone else would.  There’s an uneasiness as we share a meal or simply a conversation.  I didn’t realize that these changes would happen before I wrote my first book, but I’m very aware that people treat you differently when you’re successful – even if the success came only through hard work and persistence.  (Book projects are often only accomplished through persistence and sheer force of will.)

Both the aspects that contribute to fear of success are addressed like any other fear.  We evaluate the probability, impact, and ability to cope.  In terms of not finding a new goal, it’s easy.  In every case, there’s a new, larger, goal that can follow.  If you’ve played at Carnegie Hall, then perhaps the next goal is the Sydney Opera House.  Even exceedingly rare cases like being an astronaut can lead to getting to set foot on the Moon – or being the first in line for a mission to Mars.  The probability of there not being a new goal is low.  The impact is constrained to creating a reason to find another goal, and the ability to cope is generally large, as most big goals involve accomplishments that create time to discover the next one.

The aspects related to others changing their interactions are often relatively probable and will have some degree of impact.  However, experience has proven to me that, in most cases, a simple conversation reminding people that you are still the same person you were before they became aware of your success is enough to address any residual changes to the way that you’re treated.

In the end, you don’t want to allow your fear of success to prevent your success.