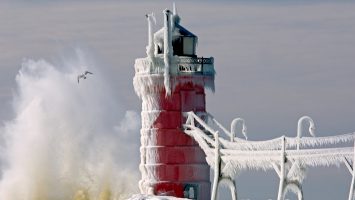 We all encounter people who are irrationally angry.  They can be confusing, frightening, concerning, or all the above.  Here’s what you can do to deescalate their anger fast.

Go Over the Top

First, the anger needs acknowledged.  The person who is angry wants and needs to be validated. Acknowledging their anger in a way that is over the top is better than just matching their intensity, because their natural inclination to correct you will kick in.  If you start sharing that you believe to be angrier than they are, they’ll naturally try to correct you – and in the process, shrink their anger.  The trick is to go just a little bit over the top – too much, and they’ll just be confused.

It may feel as if acknowledging the anger in an amplified way would cause them to become angrier, but in practice, the reverse is almost always true.  Most of the time, you can respond with, “It seems like you’re very angry,” even if they don’t seem that angry.  If you perceive them to be very angry, you can go even stronger to something like, “You seem filled with rage.”  Sometimes, you’ll get a response like, “Damn right, I’m angry!”  That’s okay – that’s an acceptance of your acknowledgement.  They may vent some more and need to be validated again, but you’ve already started the de-escalation process.  Before the next step, we need to understand anger.

In Eastern philosophies, particularly Buddhism, anger is disappointment directed.  When someone is angry, they’re conveying their sense that they are disappointed – in someone or something.  Sometimes, that someone is themselves.

To deescalate the anger, we need to identify what or who the other person is disappointed in.  What is it they expected to happen that didn’t – or didn’t expect to happen but did?  Sometimes, discovering this and acknowledging it causes the anger to evaporate, like a bubble that’s been popped; other times, it’s necessary to move deeper to the formation of the expectation itself.  Either way, the discovery of the disappointment is the next step on completely diffusing the situation.

We build expectations on the way that we expect the world should work.  It’s a combination of our values, our beliefs, and our perceptions – and they’re sometimes wrong.  The key to being able to address the disappointment is in our ability to understand it and where it came from.  Understanding the expectations and the components on which they’re based allows us to connect with the other person – even if we don’t agree.

Some people who are angry will want to convince you that their way of seeing the world – their perceptions – and their beliefs are the correct way to interpret reality.  They’ll insist that you see the world as they do to move forward.  It’s tricky but possible to acknowledge that you understand how they can and do perceive the situation – without necessarily agreeing that it is the only way to see it or the correct way to see it.

Often, you can defuse the situation further by asking for time to consider their perspective to see how it can be right.

With the anger addressed, it’s time to focus on preventing it from recurring.  The best way to do that is to eliminate fear.  It’s fear – conscious or unconscious – that converts disappointment to anger.  The greater degree to which you can help everyone feel safe, the less need there will be for anger.  You’ll still have the natural disappointments – but those are much easier to deal with.