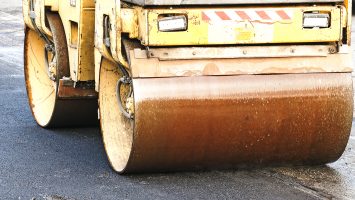 When Rosa Parks refused to give up her seat to a white person, she didn’t expect that racial disparity would disappear overnight.  When Dr. Martin Luther King, Jr. gave his “I have a dream” speech, he had no illusions that the segregation, prejudice, Jim Crow laws, and hundreds of other unfair practices would end immediately.  When we seek to initiate a change of sweeping proportions, we can’t expect that we’ll see immediate changes, nor should we shy away from big challenges just because we can’t tell how far we’ll be able to push forward the change.  We’ve got to find small wins and build upon them if we hope to change our organizations in a meaningful and lasting way.

Toes in the Water

Mister Rogers’ Neighborhood was a childhood staple.  It was also a vision for a brighter, better future, where people would develop the emotional intelligence to live together with more peace and harmony.  When Fred Rogers invited a black character to join him in a kiddie pool, he likely had no delusions that his small act would eliminate racism – nor the fact that black Americans and white Americans weren’t allowed in the same swimming pool.

Gene Rodenberry likely didn’t expect that an on-screen kiss between Captain Kirk and Uhura would change people’s minds about interracial marriage.  However, by demonstrating a way forward, we pave the path for forward motion.  We normalize it and thereby make it more acceptable.

The book After the Ball took a more aggressive and pointed stance trying to insist that gays would be more accepted in the 1990s.  It took a little longer and there’s still much more to come but progress was made.  The strategies that were recommended in the book in many ways focused on making gays seem more normal than they did at the time.  It encouraged gays and allies to help deal with the logical inconsistencies which drove the bigotry towards gays.

It’s not unlike the approach of the Jesuits as described in Heroic Leadership.  They found ways to be accepted in foreign cultures by bending their traditions, accepting the traditions of others, and encouraging those around them to want to be more like them – and thereby become curious about Christianity.  The Jesuits spent decades in cultures that tolerated them but didn’t embrace them.

We all get discouraged when we seek to bring a new project to life, and we don’t see instant acceptance and uptake of it.  It’s natural and normal.  However, there’s something to be said for accepting that the really big changes will take time.  It takes time for people to accept new ways of thinking and doing things.  The trick is to find ways to keep making some – if uneven – progress along the way.

It’s important to realize that sometimes the dominos that you start running may take a long time to get back to you.  It may take time for the hearts and minds of your organization to shift from one of hardware sales to that of consulting – as was the case for IBM during the Louis Gerstner timeframe.  Moving from an organization focused on selling “stuff” to selling time isn’t easy – nor is embracing free software when you’ve made a lot of money selling software to organizations.

These things take time – and they’re not easy to accelerate.  In fact, acceleration of these slow-moving changes often causes heartache and violence.  It’s easier to slowly put forth a consistent effort than to focus on overnight transformation.

The materials you use to pave the path towards your change should give a little – more like asphalt than concrete.  It should find specific, high-leverage, high-visibility events that can help to crystalize the kind of new thinking and believing that the changes require.  With these sorts of marque moments, you can absolutely pave the path towards change – even if it may be a long road.