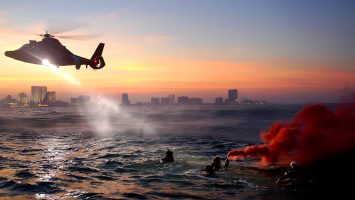 Most people wouldn’t consider crisis response a part of the change process – but it’s the other side of the planning and preparation, and it reminds us to plan for things going wrong occasionally.  The Apollo 13 mission was almost a disaster.  It was how the teams on the ground and in space handled the situation that made it successful.  That’s what we want and need for our change projects: good responses to unexpected situations.

The Law of Unintended Consequences

You never know what’s going to happen.  All the planning, intent, and preparation doesn’t mean you’ll get the results that you expect.  The introduction of steel axe heads to Stone Age Australians resulted in the degeneration of societies and families and the rise of prostitution.  That could not have been an anticipated response when the Christian missionaries came with their attempts to elevate the lives of these tribes while sharing their message.

The reality of any moderately-scaled change or larger is that there will be unintended consequences and situations that can’t be adequately planned for.  The result is the need to build teams that can adapt and can respond well to the inevitable crisis that will occur.

Part of crisis response is being willing to stand up and admit that something happened.  It is negative, and it’s hard to communicate about hard things.  More than that, no one wants to be the messenger with bad news.  The saying “don’t shoot the messenger” is because that used to happen when you brought bad news.  It takes a strength of character that you as a change leader need to have – and it takes additional strength of character in the rest of the leadership team to admit there is something going on and it isn’t good.

It’s one thing to be willing to stand up and call attention to a problem, but it’s more challenging to develop the kind of trust the team needs to be able to work together without fear of covering their faults.  In a tight team built on trust, the team can respond as a unit, because they trust that the others will look out for them, too.  “I’ve got your back” started as a literal statement as teams of soldiers cleared buildings, with one or more looking forward and at least one covering the back.  It’s those kinds of teams that can respond to the crisis appropriately.

If your change team is going to respond to a crisis, the steps are remarkably similar to the process for the entire change.  First, you need to understand the crisis as much as possible given the probability that you’ve got limited time to resolve it.  Second, you must define the desired state that you can get to given the crisis and the resources you have.  Third, you must define the actions and interventions that you believe will result in the change, and you must do them.

Perhaps the biggest change when working with a crisis is the need to be more attentive to what may be going wrong or how you might need to adapt.  Because crisis responses are often devised quickly in rapidly evolving situations, there’s the need to continuously revisit what is happening and what was expected to ensure that your proposed recovery plan will function appropriately given the new information.

If you can do that, then you can respond well to the inevitable crises that are a part of any moderate-sized change project.