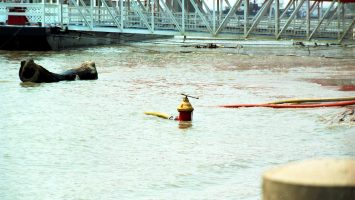 Don’t Let Your Change Be a Hurricane

It’s August 29th, and a hurricane is bearing down on the Gulf Coast of the United States.  The exact location of landfall isn’t known, but the general vicinity is.  People have been told to evacuate – but they’ve been told that before.  Some leave and some stay.

It’s not that much different than the way that we sometimes approach change.  We communicate generalities and the need to change, but many don’t listen.  They expect that they’ll be able to ride it out and wait for the next change.  This one won’t be the one that will get them involved.

For the Gulf Coast, many residents had been through dozens of hurricanes.  They’ve survived the prior hurricanes – why should this be any different?  The people whom you need to make changes may be thinking the exact same thing.  They’ve seen the same story replayed dozens of times, and they’ve never had to make a change, so they didn’t.

When warning about particularly severe weather, public health officials try to communicate the difference – and they’ve heard that before too.  For your change, the key is to explain why things are different and how things are different as well as what makes them different rather than broad, sweeping generalizations, because it’s too easy for people to believe that it’s just another scare and nothing will really come of it.  The more the message is specific to them and specific in terms of reasons and behaviors, the more likely they are to act.

Some changes are small and subtle, while others are large and monumental.  However, most are some mixture of both depending on who you are.  August 29th was no different.  In the Midwest, hundreds of miles away from the Gulf Coast, the hurricane promised a few rainy days in the future.  Perhaps a few picnics would be cancelled and a few weddings would be held indoors, but nothing compared to the devastation to come.

With any change, it’s important to communicate the impact and scope of the change.  It’s from this that individuals can judge how they should respond.  If the change is monumental for someone, it necessarily will command a big response – or, for those tangentially impacted, less so.

Hurricane Katrina, the costliest storm in history, made landfall just east of New Orleans.  The storm’s loss of human life was over 1,900 people, and billions of dollars of assets were wiped out.  For weeks afterwards, houses in New Orleans were underwater.  When the waters receded, entire towns were wiped out.  Waveland, MS lost all but one solitary building – an old schoolhouse that was badly damaged.

There was no question about the devastation and the forced change for people across the Gulf.  The question was what would happen next.

While the federal government was widely criticized for the poor response, non-profit and humanitarian groups were not.  They sent people and supplied wave after wave of outpouring of support to those who lost everything.  The good news for this hurricane was the way that people from across the country came together to support those who needed it.  They didn’t have to.  They chose to.

When you experience change in your organization, it’s not just how the part of the organization that’s changing responds, but it’s also how the broader organization reaches into the impacted areas and supports them through the transition.

While you don’t want your change to come in like a hurricane, devastating lives, you do want to find ways to get everyone to come together to support each other in adapting to the changes it brings.