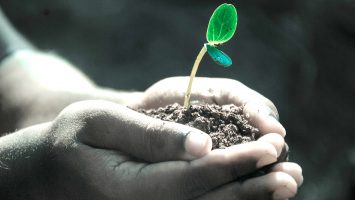 Standing still doesn’t seem like you’re getting much done.  It’s not productive.  It can’t be efficient.  However, it’s possible when holding space for people in a change that you can be effective, and being effective is much more important than being efficient.

Dan Richo in How to Be an Adult in Relationships explains that we need five things to be in adult relationships: Attention, Acceptance, Appreciation, Affection, and Allowing.  We all know that we must pay attention to those doing the work, accept their perspectives – even if we don’t agree – and offer appreciative words of affirmation.  Affection doesn’t find its way into most organizational contexts, but allowing does.  Allowing is creating the space that others need to process their experiences and understand reality through the lens of their perspective.

Too often in our rush to get thing done, we don’t allow people time to react, adapt, and connect to the news of the changes that are coming.  We are pressed by productivity and efficiency to the point that we cannot find the time to create space for people, and the result is that we often push them into a mode of resisting through lack of agreement.  They don’t agree, because they’ve not had the opportunity to reach the conclusions that the change leaders have reached.

We’ve been fooled by the Industrial Age in thinking that efficient and effective are the same things.  However, efficient is simply getting something done with fewer resources, where effective is getting the right things done.  It’s like a work force traveling through a forest.  They are making such great progress that they decide to forgo waiting on their scout to share their position before continuing forward.  When the scout catches up, he explains they’re not headed in the right direction or, more critically, they’re in the wrong forest.  It doesn’t matter how efficient you are if you’re not effective.

How to Hold Space

It’s the pause you hear when a daughter tells her parents that she’s pregnant.  No one speaks.  Whether the response will be one of joy, concern, sorrow, or a mixture of those feelings hasn’t been decided, and the daughter anxiously awaits the response.  It seems to take forever as the parents process what they’re being told.  Moving nervously into the gap often creates anxiety for everyone.

Holding space is learning that silence can be productive.  It creates the opportunity for people to process their thoughts without the intrusions of others.  Like the pregnant pause, time seems to flow unevenly when one is holding space.  For those who are holding it, it seems like an eternity.  For those who are learning about new changes or trying to interpret what they’re hearing, there is no time whatsoever.  It passes for them in the blink of an eye before they return to the conversation.

The way to hold space isn’t complicated, tricky, or expensive.  It is, however, uncomfortable as you must fight off the urge to fill the silence and thereby prevent any chance at discovering if you’re heading in the wrong direction or inadvertently creating resistance to your idea because they haven’t had time to process it.