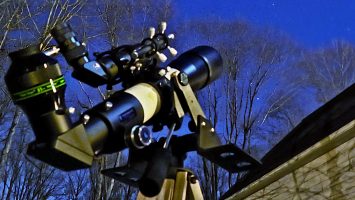 It shouldn’t matter.  Pluto is literally miles and miles away from my home and where I grew up, but somehow changing the number of planets in the solar system rocked my nostalgic world.  There’s no reason it should – but it did.  And the reasons may just be why you’re struggling to do your change.

I don’t remember when I learned that there were nine planets in the Solar System.  I do, however, remember being fascinated about how the planets orbited the Sun.  I’ve been to many of the scale models that show the distance of the various planets are from the Sun, and I’m in awe.

Somehow learning this so early – and it being foundational to other things I’ve learned, like black holes, galaxies and so forth – made it a part of what I came to expect.  It was a way that I viewed the world and when it changed, something changed in me.

Do I agree that it doesn’t meet the criteria to be called a planet?  Sure.  I’m on board.  Not that I really even know what the definition is – or why we arrived at that definition.  The thing is, neither the fact that Pluto is now a “planetoid” and not a planet nor the quite rational decisions for making that determination matter.  It doesn’t actually impact my everyday life.  It’s not like I leaned over to the kids and said, “Let’s go to Pluto for vacation this year.”

But without impacting my actual day-to-day life, it is a change that impacts my view of the universe – and that may be what is going on with your change project.

The closer that your changes come to personal or corporate identity, the more likely it is that the change will result in a loss of stability that is hard to articulate.  It’s hard to articulate, because we rarely encounter things that make us question our view of ourselves or the world that we live in.

Recall your first major betrayal.  That point involving someone who you thought was your friend, your mentor, or your ally, and you discovered something you believed was true about them wasn’t.  The betrayal was certainly a problem; but perhaps more challenging was the fact that the betrayal made you question what you knew about the world.  It made you question your own judgement.

If your change has come too close to either a corporate or personal identity, and you’re challenging what people believe about the world, you’ll need to restore a sense of safety – and allow for some time to recover.  The challenge to our identity necessarily reduces our sense of safety, because we believe we’re no longer able to predict the world – and we rely on that to keep us feeling safe.  So, during changes, we need to pay particular attention to how much people feel safe in their environment, in the change, and with us.

Ultimately, I’ve let go of Pluto being a planet.  I never stayed up at night about it, but gradually I’ve come to accept that the Solar System only has eight planets.  I’ve even considered, on the plus side, that there’s now a market for the model of the solar system I had where Pluto was broken off – maybe I can make a few bucks on eBay with it.