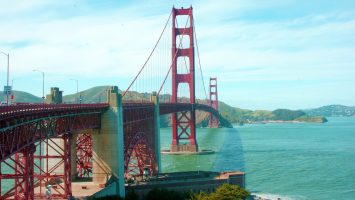 Something is Lost in Translation

It’s hard to believe that your change initiative isn’t amazing.  The vision of where we’re going looks amazing.  Your executives are all on board, yet somehow the people that you need to make the changes aren’t changing and you don’t know why.

Most professional translators or interpreters won’t use the best-in-class automatic translators.  They know that they’re okay – but they’re not great.  They’ll often get you to the general gist of what is being said, but they’ll simultaneously not help you to understand the nuance, the feeling, or the beauty of the concepts.  It’s a blunt edge, not a fine point pencil.

The translation between the amazing vision and the actual behaviors that need to change often has the same characteristics.  The leadership and sponsor of the change has a rough idea of what behaviors that need to be changed, but the details and nuance are left up to those doing the work – and that doesn’t always work out.

In lean manufacturing circles, there’s a concept called Gemba, which is Japanese for the “real place.”  However, in this context, it’s used to refer to the person – or people – who do the work.  It’s only the people doing the work who can articulate exactly what is happening and what would need to happen to accomplish the change.  Their practical know-how of exactly what really happens instead of what is supposed to happen is critical to change success.

For those organizations that believe in the power these individuals bring, they are consulted and encouraged to participate in the change.  However, even in these organizations, the Gemba isn’t always connected with the broader market changes and therefore may not understand why the changes are necessary.  Thus, they may not be excited about changing what they know works for something that they don’t know – not without some clear and compelling reasons.

The opposite is also true, however, where organizations don’t consult the people doing the work and make up answers about what they believe will work best, only to be confronted with reality and resistance when they go to get everyone to implement their grand plans.

If we want to prevent the translation problems between those who see the big-picture need for change and those who do the work, we’ll need to build the kinds of bridges that help both parties understand the practicalities, realities, and pressures.

The Gemba and those doing the work need to fully understand the vision and see the challenges that the leadership foresees in the change itself and the larger market issues or opportunities that the change is meant to address.  In return, they provide solid anchoring in the ground-state truth of how things really work.  The leaders need this ground-state truth to ensure that the plans they’re making will work.

Conceptually, it’s a simple exchange of information that the other party doesn’t have.  It’s the reaching of hands across the divide.  In implementation, however, we often find that it’s hard to listen to each other, because the languages and perspectives are different.  Just like any translation process, time is necessary to understand the nuance and to ensure that everyone has the same – or at least a substantially similar – understanding.