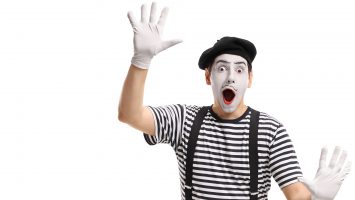 The world of change management owes a lot to Kurt Lewin.  He’s responsible for the idea of change as three steps: unfreezing, change and transition, and refreezing.  More importantly, his research into the motivation of individuals left us with topological maps and force fields that led to an elementary understanding of human behavior.

Lewin was particularly invested in the application of mathematical and “hard science” techniques to the emerging field of psychology.  He recognized that some forces increased with closer proximity and that resistance may not be a lack of motivation towards the goal but a set of countervailing forces pushing back against the goal.  In organizational change, we see this all the time as the organization resists the change and attempts to resume the status quo.

In the exploration of how people are motivated, Lewin arrived at a simple – despite being opaque – function to describe human behavior.

The simple formula relates that behavior is a function of both the person and the environment (including the situation) they’re in.  While fundamental attribution error causes us to believe that everything should be assigned to the character of a person, Lewin invites us to look at the environment.  (See Thinking, Fast and Slow for more about fundamental attribution error.)  We know from subsequent research that strikingly little is hardwired into our genetics.  (See No Two Alike for more.)

While there’s no elaboration on how these two variables interact, the simple awareness of the fundamental truth that behavior can be shaped by the environment and simultaneously resisted by a strong will creates the opportunity to see that you can encourage behaviors, thereby making them more prevalent.

We think that we’re the masters of our world and that we make our choices free of influence.  From the results of movie theatres that used subliminal messaging to encourage popcorn sales to the marketers in supermarkets getting us to buy the higher-margin items and the employers who encourage healthier eating patterns by changing the kinds of snacks they provide, we’re silently being shaped into behaviors that others want us to make.  (See Influence and Nudge for examples of how others are shaping our behavior.)

It’s as if they’re speaking directly to something below our consciousness.

Jonathan Haidt came up with a basic model of how our reason and rationale is like the rider sitting on top of an emotional elephant.  If the rider is paying attention and the elephant isn’t particularly motivated, all is well.  However, when the rider loses focus or the elephant becomes particularly triggered, the elephant is clearly in control.  If neither the rider nor the elephant is focusing, then they’ll lumber along the familiar path.  (See The Happiness Hypothesis and Switch for more on the model.)

Daniel Kahneman expresses it slightly differently in Thinking, Fast and Slow as System 1 – the automatic responses – and System 2 – or rational thought.  He says that System 1 can lie to (or mislead) System 2 and thereby skew the results.  So, while your rational rider thinks it’s making reasonable decisions, it could be that System 1 is deceiving your rationale to get to the decision that it wants.

The behavior of an individual is therefore sometimes a result of their conscious control – the person part of the equation.  Behavior is sometimes, therefore, person-led.  Conversely, there are many times when behavior is the result of the easiest path put before the elephant and rider, and therefore the environment is the primary driver of behavior.

Ultimately, behavior doesn’t have one cause but two – and they relate to one another in unknown ways.