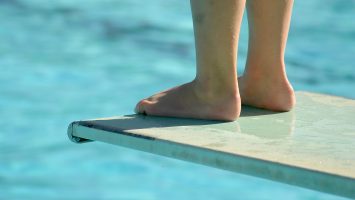 The Limits of Certainty

Some of the biggest drivers for resistance are feelings of uncertainty, and they’re fueled by a lack of understanding.  The less that someone knows about anything, the less comfortable with it they’ll be.  That’s why communication is such a critical component of any change initiative.

We think that we’ve sent the email, made the appropriate announcement in the town hall, or posted the article on the intranet, and we’re done.  However, for those impacted by the change, they may remain uninformed.  They may have missed the message, not gone searching the intranet, or been out the day the town hall was held.  We have the illusion that any singular communication we send has been received, accepted, and understood by our recipients, but the reality is much darker, as our communications channels are incredibly incapable of communicating reliably.

While we believe that our communications are nearly 100% effective, it’s more accurate to say that our mass communications are more like 20% (or less) effective.  We have to send a message repeatedly to break through someone’s filter and get enough attention to get them to want to learn about your change.

If you want to break through their filters, your best tool is intrigue.  Our brains are wired to look for the unusual.  The best headlines, titles, and subjects draw you in wanting to know more.  Even this post could be called “Communicate to Reduce Change Resistance” – but that’s not interesting.  Your brain decodes it, says, “I already know that,” and moves on.

So, instead of writing summaries to your message, write an intriguing lead-in and the things you really need to communicate before you get to addressing the intrigue you created.

When You Can’t Communicate

There are times, however, when it’s not possible to communicate enough.  Change involves some degree of uncertainty, and some people have a high need for certainty – or at least the appearance of it.  They may want to know at the start of the change exactly what their duties will be and how they’ll do things.  They’ll want to know that they’ll have a job, that they’ll be able to do it, and that they’ll enjoy it.

Unfortunately, at the beginning of any change, we have a vision to pull us forward, but it doesn’t have the details to explain all the exact details.  Only the change process will reveal those answers whether or not the people in the organization like that answer.

The solution to this conundrum is to solve the underlying fears without necessarily addressing the specifics of the new vision.  When they feel comfortable that their job is safe – or that they’ll be okay if it isn’t – they’ll be more willing to move into the change.  Assurances that you’ll have training, coaching, and support available will also help them to accept some uncertainty about the details.

The Need for Trust

Obviously, if you’re going to make assurances, they must accept those assurances.  If you fail to meet the commitments of your assurances, it won’t be long before people won’t accept your assurances at all.  Trust is built over a long period of time and lost in an instant when you fail to meet your commitments.  As a result, you need to be conscious of the commitments you make so that you build a track record of meeting them – a track record that will allow you to move past the limits of certainty.