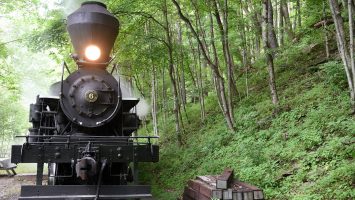 The Little Change That Shouldn’t

There’s a children’s book, The Little Engine That Could, that speaks towards constant striving and productive output – to making progress.  The book and others like it have instructed us that we should be constantly busy, but sometimes busy isn’t what we should be.

Is there a person in your life for whom there must be constant chaos?  When they start to get things under control, they find a new and exciting way to disrupt their world so they remain in a constant state of chaos and turmoil.  Perhaps as they’re close to getting their financial world in order, they make a risky investment or spend too much on a vacation.  Perhaps they’re in a long-term relationship with someone who might be “the one,” and they decide to have a one night fling with someone else.

Most people have others in their lives for whom a cloud of dust seems to follow, like Pig-Pen in the comic strip, Peanuts.  However, few people realize that some organizations are prone to the same sorts of self-destructive behavior when they feel the need to create structural or organizational changes simply, so it appears as if they’re responding to changing market conditions even if they have no idea how to respond.  It seems like the bias towards action over careful contemplation knows no bounds.

Well intended executives, directors, and managers seek to accomplish real organizational change by changing the structure.  Having not been in their role long enough, they fail to realize that the very structure they’re proposing is the one that was in place before – and the one that the organization moved away from.

Seeing only the problems before them, they seek to solve them; in the process, they create new and unexpected problems.  Unexpected, that is, if they don’t look into the history of the organization and see what the challenges were when the structure was in place before.

The sad part is that by pausing to investigate what the organization knows about their “new” approach, they waste precious resources that could be invested in learning more about ways to make meaningful change in response to the changing environment.

There are times when a change – like a structural change – is absolutely the right answer and is necessary for the organization’s survival.  However, change is always expensive.  It requires more thought, preparation, and action than the previous way of doing things.  When organizations are caught up in the constant churn of change, they often fail to stop and ask the question whether the change is necessary – or whether the change should even be made at all.

The Change that Shouldn’t

Many times, the energy it would take to stop a bad change is greater than just allowing it to come to completion and letting the natural forces of the organization to rip it apart.

Whether you are able to stop a change that shouldn’t be from happening or not, it’s important to keep looking for them to save energy for yourself and resources for the changes that really matter.