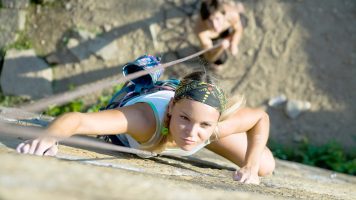 Trust as the Lubricant

Some changes appear, on the surface, to be very easy.  Every indication is that it will be a fantastic success.  However, unforeseen circumstances can derail even the simplest change initiative.  Conversely, we’ve all seen the change project that seems to be headed for certain doom only to feel like Marvin the Martian saying, “Where’s the kaboom?  There was supposed to be an Earth shattering kaboom.”  While there are many factors, one of the most important may be trust.

Trust is something everyone is sure they understand until they’re asked to define it.  Invariably, the definitions describe trustworthiness and not trust.  We place upon the other person the characteristics necessary for us to be safe to trust them.  However, that’s not trust.  Trust is taking a risk that you can predict someone’s behavior.  In short, the math equation that compares the impact of a betrayal and the values of trusting tilts to the trusting side.

Francis Fukuyama in Trust: Human Nature and the Reconstitution of Social Order explains that trust is something we do because it’s effective.  We trust because we don’t have the capacity to approach every interaction with a lack of trust.  The goal is to figure out who we can trust and in what circumstances.

One of the necessary consequences of trust is that we will occasionally miss our prediction and therefore be betrayed.  However, this is a negative view of what could simply be described as a failure to accurately predict.  In almost all these cases, the problem isn’t that we misread someone’s character, values, or needs, it’s that we weren’t aware or didn’t consider their competing needs.  Steven Reiss in Who Am I? and The Normal Personality explains what he believes are the 16 motiving factors for humans.  He’s quick to say that we all have all of them in varying degrees, and it’s when two values come in conflict that we’re surprised.

Consider a slight variation on Mischell’s famous Marshmallow Test.  What if instead of just promising a second marshmallow (or treat) if the child left the one in the middle of the table untouched as he left, that he had them commit to not eating it?  Now we have the desire to remain honest, loyal, and agreeable set against the biological imperative for calories (including sugar).  Would it surprise anyone if the child ate the marshmallow?  It shouldn’t, because sometimes the pulls are too strong to fight – even with a positive commitment.

While betrayal has a strong negative connotation – and potential negative consequences – it should be a normal expectation when we see two values in conflict.

For change to work, there must be trust.  The greater the trust, the easier it is.  Those impacted don’t question motives or need all the details, they can proceed forward just on the trust of the individual or the organization.  Conversely, in situations of low trust, it may be effectively impossible to convince people of a relatively simple fact.  There will be questions about every aspect of the proposed plan and mistrust that the plan is just a ploy to “get one over” on those whose behavior is being requested to change.

Building trust is not particularly difficult.  You need only to make and meet commitments.  In those cases where a commitment can’t be met, you need to renegotiate.  (See Make, Renegotiate, Meet for more.)  However, there are nuances to the way that we trust.  Trust and Betrayal in the Workplace breaks trust down into contractual trust (doing what you say you’ll do), communications trust (communicating openly and honestly), and competence trust (being able to do what you commit to).  Building Trust offers different facets in terms of the types of trust: basic (unverified), blind (intentionally unwilling to accept input), and authentic (tested).

Trust is the great lubricator for change – but only when you’re willing to take the time to build it.