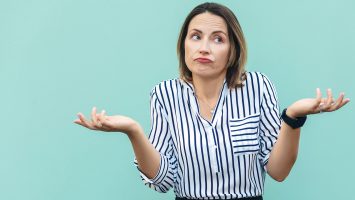 The question about whether we’re talking about management, leadership, or both is one of those perennial questions that keeps popping up in the conversation of business books and sites.  While the broader question may remain unanswered, is there an answer to whether we should be talking about change management or change leadership?

For most people, “the leadership” are those people in the upper echelons of the organization, with titles that start with “Chief” and are followed by two or three words.  However, this relegates leadership to something that only a scarce few do.  Clearly coaches, teachers, parents, and others lead as well.  This is the problem that James MacGregor Burns attempted to address in his book, titled simply Leadership.  Joseph Rost later built on Burns’ work in Leadership for the Twenty-First Century.  Rost spent two-thirds of his book trying to define leadership, and he never really did get to a crisp definition.  Instead, he focused on a fundamental shift from authority to relationship.

The assertion is that leadership is a relationship-based approach to accomplish meaningful change.  In that way, we see that change is a part of leadership.  And while we may see change without leadership, leadership can’t exist without change.

This leaves management to the tactical execution of the existing processes and policies of the organization.  It relegates management to the mechanics and leadership to the art of being human in relationships.  The problem with this approach is that it elevates leadership above management, and that’s no truer than saying flour is more important than yeast in making bread; both are required for a successful result.

What’s in a Word?

At some level, the idea of speaking about change leadership is new.  Over the past few decades, it’s become more popular for academics and “thought leaders” to speak in terms of change leadership to justify their own higher status.  However, change management still is the parlance in use most of the time.  The people who needed to accomplish change initiatives mostly ignored the attempts to change the word management to leadership.  Instead, they focused on how to do leadership within their change initiatives.

Mostly, the industry has worked on how to create space for the relationships that are at the heart of leadership.  Instead of trying to force changes, the change for change managers has been in working with everyone to adapt, change, and accelerate the change.

Leadership, in Rost’s conception, is about relationships.  There’s a need to create a degree of engagement that people want to be in the relationship – or to change their relationship.  In Work Redesign, Richard Hackman and Greg Oldham explain that sometimes workers resign themselves to their role in the organization – and they may not want to change.

Facilitating Organizational Change describes organizations as complex adaptive systems.  Therefore, our goal is to create the conditions that allow for the right kind of growth to occur – without trying to specify or dictate the timeline or degree of growth.  Part of the conditions that allow for a person to engage with the organization and with change is the psychological safety that Amy Edmondson describes in The Fearless Organization.

David Richo’s How to Be an Adult in Relationships speaks about the kind of changes that everyone needs to make to create the space for this kind of relational growth to occur.  It’s the set of conditions under which change leadership can thrive.

Creating change leadership in the organization may neither be easy nor occur on the mechanical timeframe that management requires, but it is possible if you’re willing to create the right conditions.