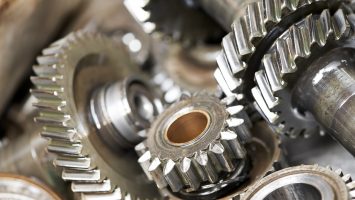 Cogs in the Wheels of Change

The most dominant view of an organization is that it’s a machine.  We think that our work as change leaders is to change out the parts and the connections inside the machine to reconfigure it to do something slightly – or radically – different.  The problem is that this view of organizations necessarily limits our view and minimizes the impact of human interactions.  It’s managing the transitions that humans make that is at the heart of change management – and is what fundamentally separates it from traditional project management.

It makes sense that relocating the radiator will change the effectiveness of this job.  For cold-weather climates, you might even be able to reduce the size of the radiator or eliminate it entirely.  It’s possible that you could relocate it from the front of the car to the underside of the car or even the trunk.  These changes can change the efficiency of the car by allowing other components to be bigger and more powerful.

When we are making organizational changes, we’re changing parts either in size, capabilities, or function.  At a rational level, this makes sense.  However, the changes that we make don’t always result in what we’d expect, because people aren’t machines, and the problems that we’re addressing are complicated.

It seems like a good thing.  Approach Stone Age Australian Aboriginals and offer them steel axe heads.  What could go wrong?  We’re simply replacing an inefficient part – a stone axe head – with a more efficient one.  The problem is that the introduction of the steel axe head led to a breakdown of the society.  Men were prostituting their wives for the coveted steel axe heads.  This was, of course, completely contrary to what the Christian missionaries were trying to accomplish.

The missionaries missed the relationships between elders, young men, and young women and how the stone axe heads formed the framework for those relationships.  It turns out that the actual item wasn’t as important as the rituals and relationships that it was a part of.  The relationship was much more intertwined and organic than was predicted.  (For more on this story, see Everett Rogers’ excellent book, Diffusion of Innovations.)

While some of these are less positive than others, Frederic Laloux, in Reinventing Organizations, makes it clear that there are more and less effective management approaches.  Richard Florida, in The Rise of the Creative Class, explains that, as a society, we’re moving to a more creative and heuristic set of workers who need to be motivated and managed differently.  That means if we’re trying to change them, we’ll have to do more than learn from the experiments done nearly a century ago at Hawthorne Works.  (See Management and the Worker for more on Hawthorne Works.)  We’ve got to find approaches that recognize the greater flexibility and creativity of today’s workers.

Joseph Rost, in Leadership for the Twenty-First Century, encourages us to let go of the industrial model that sees everyone as cogs in the system, because people aren’t cogs.